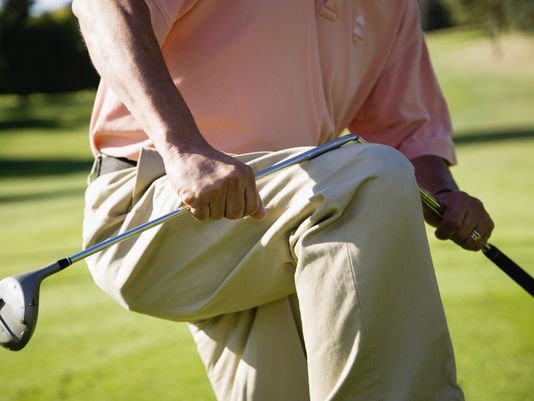 About four or five years ago I was standing in a ticket line at airport, and a fellow in a line parallel to mine had a golf bag slung over his shoulder. Since the line was long and airline ticketing is a slow process at best, we struck up a conversation. He brightened when I admired his golf bag, and he proudly stated that he was on the PGA Tour. Then he turned to me and asked the
question all golfers ask: “Do you play”

I shook my head, “I used to, but I quit because I wasn’t very good. I shot consistently in the lower seventies.”

There was a long, low in-take of breath, then “The lower seventies”

“Every hole,” I confessed.

Nothing goes down slower than a golf handicap.