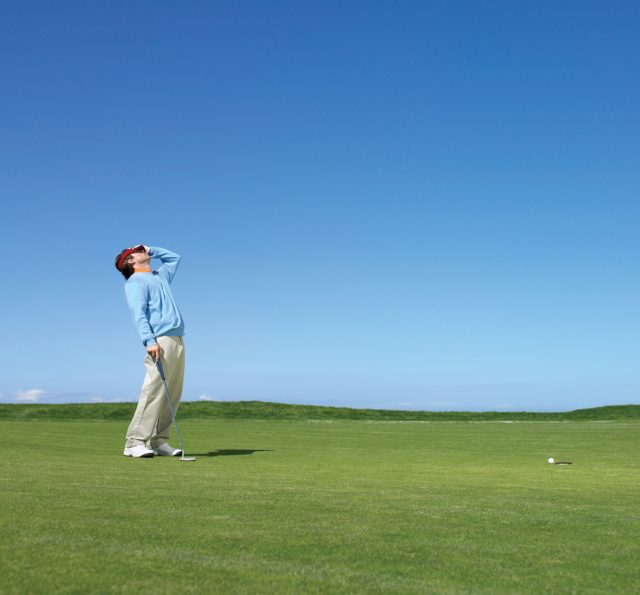 A ‘Rock Hudson’ — a putt that looked straight, but wasn’t

A ‘Saddam Hussein’ — from one bunker into another

A ‘Yasser Arafat’ — butt ugly and in the sand

A ‘John Kennedy Jr.’ — didn’t quite make it over the water

A ‘Princess Grace’ — should have used a driver

A ‘Princess Di’ — shouldn’t have used the driver

A ‘Brazilian’ — shaved the hole

A ‘Rush Limbaugh’ — Way to the right but still in bounds

A ‘Nancy Pelosi’ — Way to the left and out of bounds

A ‘James Joyce’ — a putt that’s impossible to read

A ‘Ted Kennedy’ — goes in the water and jumps out

A ‘Pee Wee Herman’ — too much wrist

A ‘Sonny Bono’ — straight into the trees

A ‘Mickey Mantle’ — a dead Yank

A ‘Condom Shot’ – Safe but not very good

Concentrate on hitting the green. The cup will come to you.