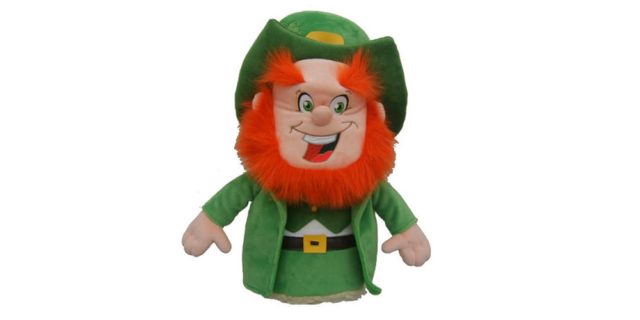 A golfer was on vacation in Ireland and while playing he made a hole-in-one. With that a leprechaun jumps out from the trees and says, “I am the lucky leprechaun of the 13th hole. I’ll grant you any wish.”

The player thought a bit and said, “Could you make me weeny a bit larger”

“Wish granted.” says the leprechaun, as he skips away.

Well, by the time he got to the 14th tee it was showin’ below his shorts.

He continued his game and on the 15th hole it was draggin’ along behind him.

By the 18th he could hardly make it to the green.

He went straight to the pro shop and asked the pro how to fix it. He was told that legend has it that you must go back and make another ace and see the leprechaun again.

After purchasing five buckets of balls he made his way back to the 13th and frantically began hitting shot after shot until finally he made the hole-in-one.

Again the leprechaun offered any wish.

The player asked, “Could ya make me legs a bit longer”

That putt had more breaks than a government job.