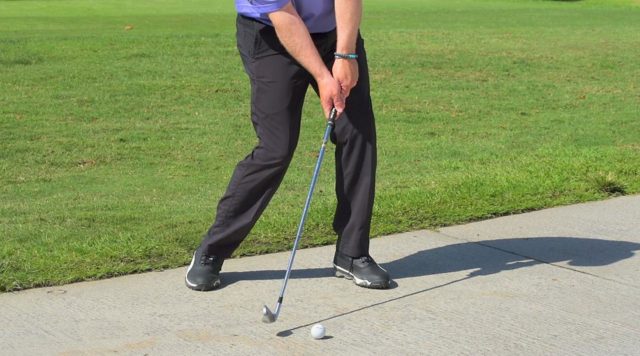 Bill and Nick, both of equal ability, decide to have a round together and “play it as it lays” on all shots. Both hit their tee shots on the par-5 No.1 hole down the middle and about 260. They drive up for the second shot, and the Bill hits his shot down the middle for an easy approach. But Nick slices his over the trees and it ends up on the cart path of the adjoining hole.

“Guess I get a free drop from the cart path,” he says. “Oh no,” says Bill, “We agreed. Play it as it lays.” So Nick drives Bill up to his ball in front of the green, drops him off and drives over to his ball on the cart path. Bill watches in amusement as sparks shower down from the practice swings of his opponent, then, in amazement as a perfectly struck shot lands on the green and roles to within 3 ft. of the pin. Nick drives back to the green.

Bill says, “Great shot back there! What club did you use” Nick responds, “Your five iron.”

Missing a short putt does not mean you have to hit your next drive out of bounds.